The Issues We Faced

With this particular project there were a number of challenges we faced.

First because of the improper installation of a “belly band” around the exterior of the building, moisture penetration was evident, however we couldn’t know how much until the siding was removed. Once removed we could repair the damage, but we wouldn’t know how deep the damage would penetrate. The building also had poor grading, a failed sprinkler system, and rodent infestations. These challenges meant that we wouldn’t just need to repair siding and sheathing, but a host of other issues.

It was also time to replace the roof. In the process of replacing and repairing issues on the roof, it came to our attention that there was a large soft spot in the roof. Some inspector wasn’t doing his job as it was discovered that a number of joist risers were completely missing.

Further yet, a number of decks were rotting as the vinyl deck surface wasn’t installed correctly and put on top of OSB which shouldn’t be used on horizontal surfaces. They would need to be replaced.

The one major concern was also for the buildings residents safety. It was known that there was drainage issues from the roof and snow melt. Rain and melt water would freeze in front of the building where the residents were forced to deal with potentially dangerous conditions. The winter before we arrived two residents broke their hips because of the ice. This had to be our number one priority to fix.

Suite Home Renos was faced with a large challenge! 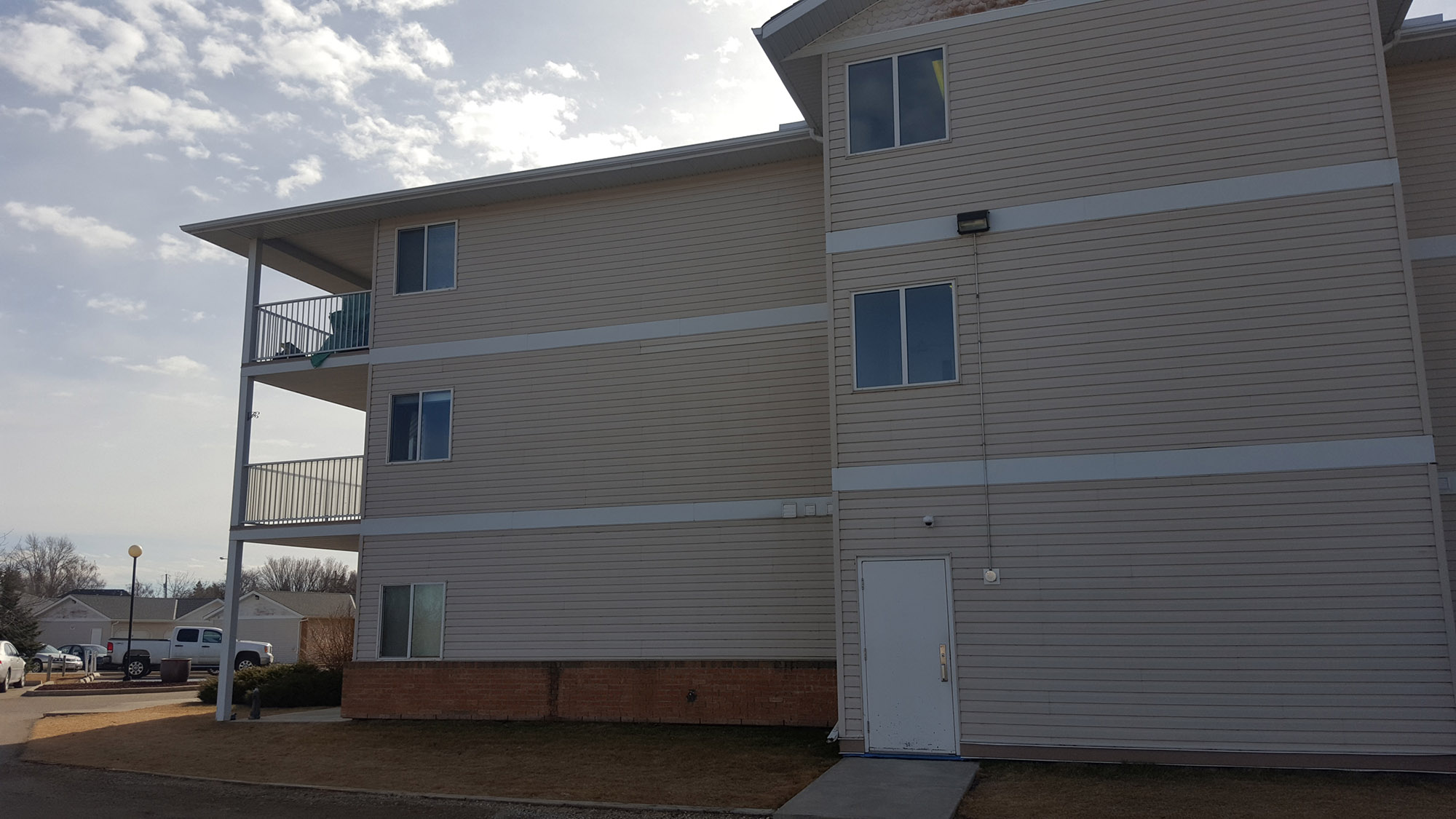 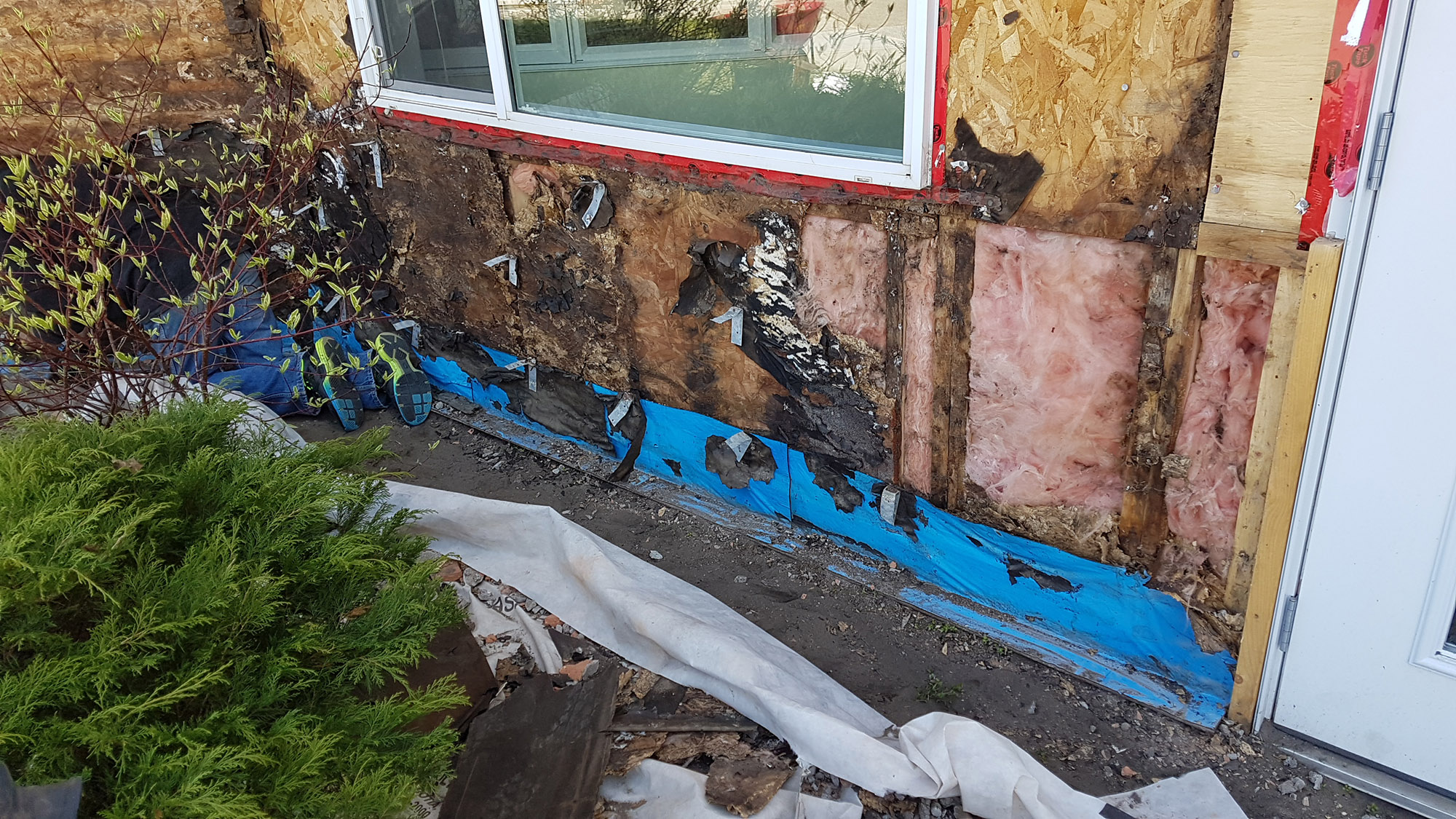 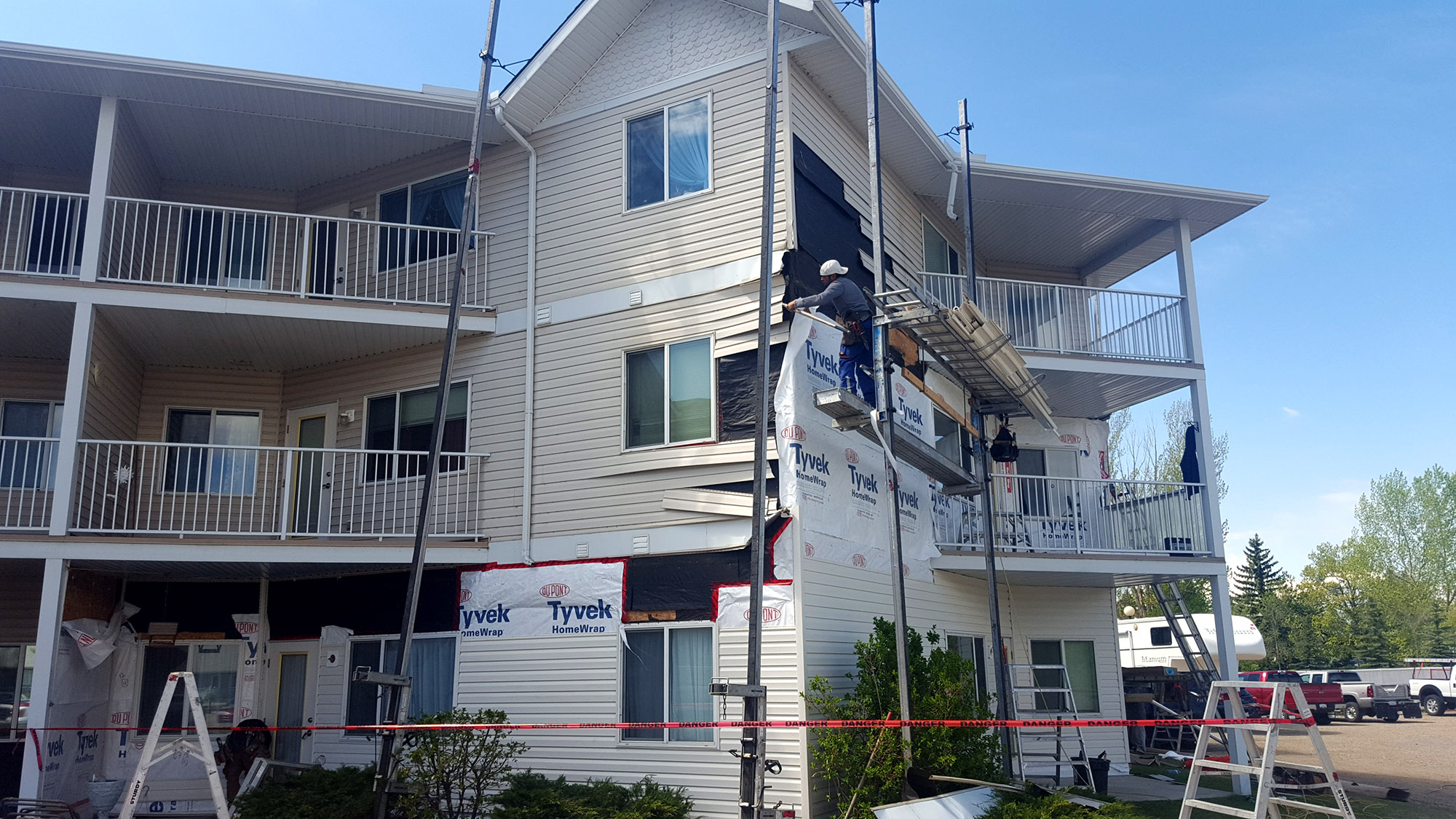 Suite Home Reno’s has a reputation for the management of varied construction projects, and the building manager believed this to be an issue which required a special set of abilities. Suite Home Reno’s was contacted to submit a bid to manage the full suite of issues which needed to be addressed. Our estimate was also projected to be under their budgeted amount by over 25% so that definitely helped.

We have renovated multi-family buildings before; however, this was our most complex and incorporated a lot of particular challenges we had not. We managed to deal with all issues and make sure no resident would ever break their hips leaving the building again. 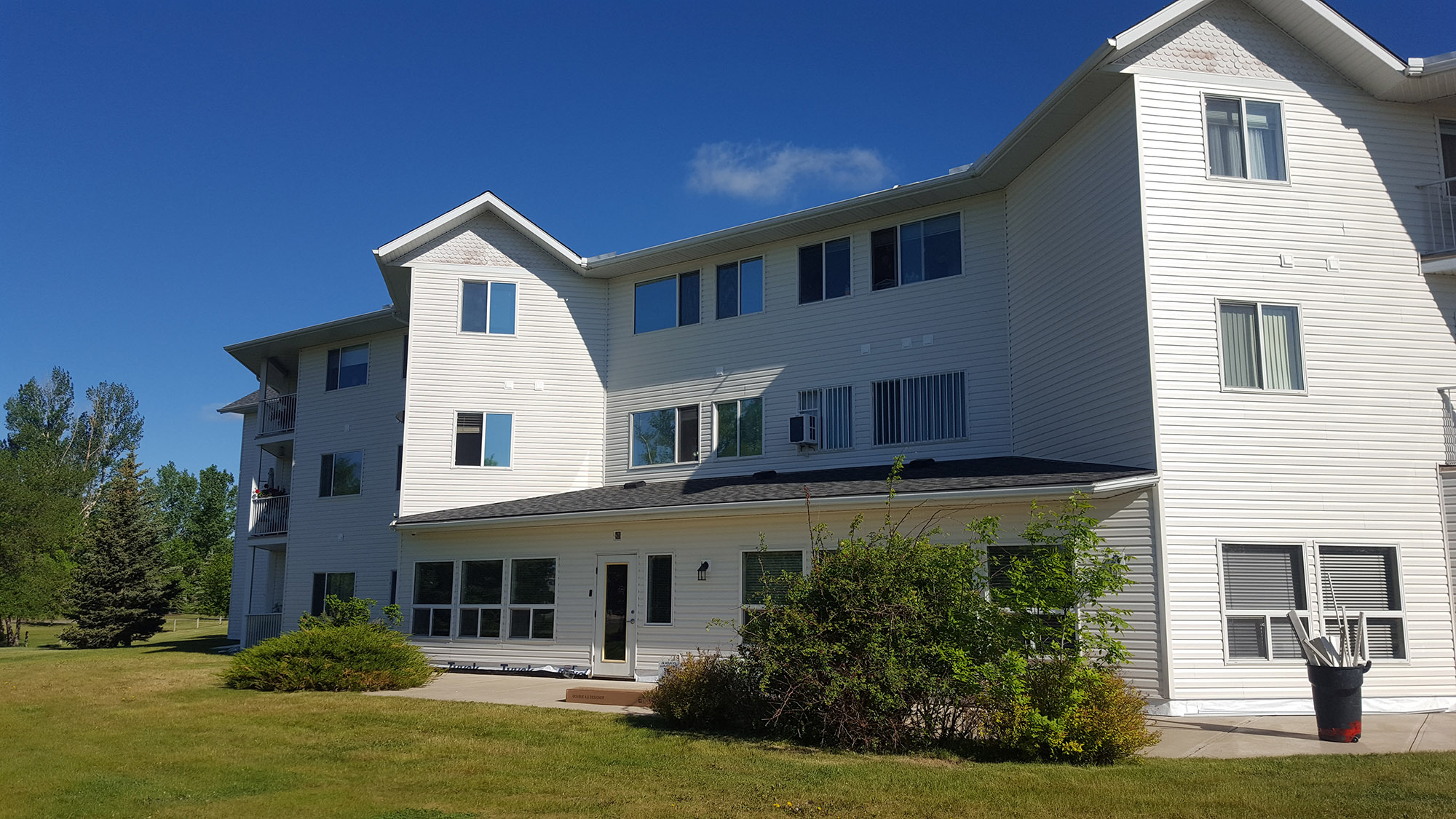